Corey A. Jackson, MSW was elected to the Riverside County Board of Education in 2020 and represents portions of the cities of Riverside, Moreno Valley, Perris, and the unincorporated community of Mead Valley. Corey Jackson is a local nonprofit and civil rights leader who is one of the leading social justice advocates in the region. He currently serves as the founder and Chief Executive Officer of SBX Youth and Family Services whose mission is to break the cycle of poverty and violence through mentoring, education, and community organizing. Mr. Jackson continues to serve his community as the Political Action Chair of the Riverside NAACP and serves as Youth Minister at the Moreno Valley Church of Christ.

Being appointed by Gov. Arnold Schwarzenegger to the California State University Board of Trustees, Corey represented over 400,000 students in the largest and most respected public higher education system in the nation from 2004-2006.

Graduating from Rialto High School, Jackson was a Student Board Member on the Rialto Unified School Board where he fought and secured voting rights and represented over 26,000 students in the district. Jackson is a graduate of CSU San Bernardino where he received his degree in political science and served as Chair of the Santo Manuel Student Union Board of Directors. He is also a graduate of California Baptist University where he received his Master of Social Work degree and is currently a doctoral candidate in the same field. 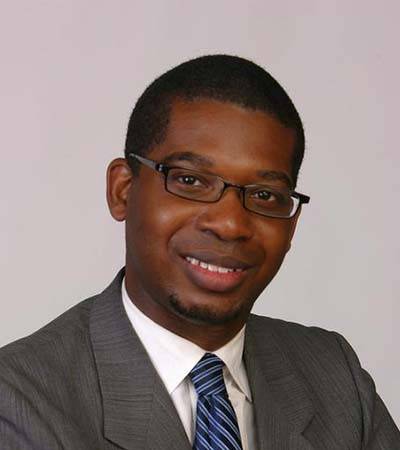 Tracie Stafford is the Founder and CEO of Stafford Consulting Group, LLC, a California-based consulting firm specializing in organizational culture and system change with an emphasis on diversity, equity and inclusion. A Social Sustainability Scientist by trade, she draws from lived experience with poverty, abuse and discrimination coupled with a graduate degree in sustainability leadership to develop inclusive business cultures that thrive long term.
Tracie’s background includes over 25 years in Executive Leadership, advocacy, organizational culture change, project development, DEI, behavioral leverage facilitation, negotiation and mediation services delivered nationwide.
As a small business owner and philanthropist, Tracie has devoted countless hours to chairing diverse boards such as The National Association of Women Business Owners, The Sacramento Small Business Board, The Birthing Project International, and The Sacramento Black Chamber of Commerce among others. In addition, she was honored to have been appointed to the California Small Business Board by the Governor of California. As a former survivor and spokesperson for the California Partnership to End Domestic Violence, Tracie is especially proud of her work with the U.S. Department of Justice, Office on Violence Against Women, The National Institute on the Prosecution of Domestic Violence, City Departments, Correctional Facilities and Social Change Groups delivering keynote addresses and workshops ranging from victim understanding for District Attorneys to interrupting bias and cultural competency facilitation.
Politically Tracie has been a social justice advocate for decades and was recently appointed to the position of Vice Chair, Northern Region of the CA Democratic Party Black Caucus. She has also been honored to serve as the President of the Women Democrats of Sacramento County, Assembly District 9 Delegate and Eboard Representative, Sacramento Area NAACP Political Director, Sacramento County Elections Advisory Board Member and is the first African American Woman to Chair the Democratic Party of Sacramento County. 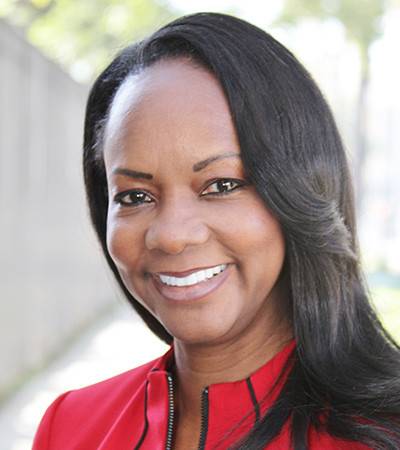 Rhodesia Ransom is a proud resident of Tracy, California who has dedicated two decades in service to her community. Known for her ability to lead as a visionary and inspire people with innovative ideas, Rhodesia Ransom is always a catalyst for progress. She attributes her passion for servant leadership to the time she spent as a child working alongside her grandmother— connecting vulnerable families with resources.

After earning her BA in Political Science from San Francisco State University and a Master’s in Public Administration, Rhodesia worked in private sector management and went on to teach graduate-level courses in public finance and business management. She has used her experience and education to create solutions that address the concerns of the community. She is proud of her service on community boards and commissions including United Way and the Tracy Police Activities League.

As an elected council member for the City of Tracy, Rhodesia Ransom earned a reputation for  challenging the status quo and tackling important policies like investing in our youth, reducing  homelessness, diversifying housing, and improving government transparency. She co-authored the city’s Equity and Empowerment Initiative to promote policies and protections to shield the community from unjust policies and ensure equitable conditions for staff and constituents. She also led the city’s first homeless strategic plan which was the catalyst for the first warming shelter. When the COVID-19 pandemic revealed the proliferation of poverty and a lack of access to healthcare, Rhodesia Ransom worked with Planned Parenthood Mar Monte to bring a testing site to Tracy, so residents could access testing in their own community.

Ransom’s service to the community includes seven years on the Tracy Planning Commission where she performed a critical oversight role on new residential and commercial development projects. She has also served on the San Joaquin County Civil Grand Jury providing oversight to public agencies across our county to improve efficiency and service delivery.

In 2021, Rhodesia Ransom was appointed District Director for Hon. Congressman Josh Harder to serve constituents in the 10th Congressional District. She is honored to continue her advocacy and service to the community in this new role. 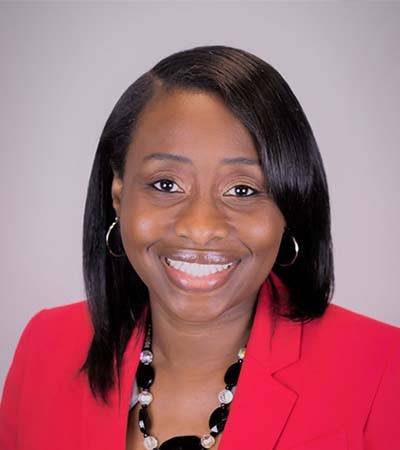 Eugene is the son of an African American mother and a Japanese American father who was unjustly incarcerated in a Japanese internment camp during World War II.

Raised in Los Angeles, Eugene grew up with a desire to "Change the World, One Person at a Time."

An Orange County resident for nearly 30 years, Eugene began his professional career as a reporter for the Orange County Register, winning state awards for his coverage of the largest mass murder in Orange County history.

Eugene went on to work in communications in local government, the corporate sphere and for a national civil rights and advocacy non-profit, winning awards for his work, as being recognized for his leadership.

He is currently the Media Relations Manager of the TCA (The Toll Roads) and is also an Assistant Professor at Westcliff University in Irvine.

He is the only elected Black member of the DPOC, where he serves as co-chair of the Resolutions Committee and is an elected delegate to the California Democratic Party E-Board. Eugene is an appointed member of the CDP Justice, Equity, Diversity and Inclusion (JEDI) Committee.

In 2021, Eugene was a founding member and inaugural Vice Chair of the Black Democrats of Orange County.

Also in 2021, he was appointed to the City of Orange's Parks and Community Events Commission, making Eugene the first person of African American heritage appointee in the City's 130+ year history.

Eugene is the former co-chair of the OCTA Taxpayer Oversight Committee, recently finishing an unpaid three-year term monitoring the use of an estimated $13 billion of Measure M funds and ensuring that all revenue collected from Measure M is spent on voter-approved transportation projects.

He holds a Master of Public Administration and a Bachelor of Science in Communication, both from the University of Phoenix. Eugene lives in Orange with his wife, Tonda and his daughter, MacKenzie. 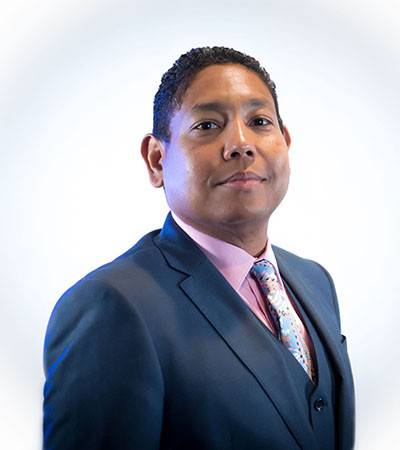 The youngest of three children of a Black military family who migrated to California from North Carolina, Dr. Margaret Fortune grew up in Sacramento where she is a public school educator and community activist. Dr. Fortune founded a K-12 public school system of nine schools located in Sacramento and San Bernardino with over 2,300 students with a mission to close the Black achievement gap by preparing kids for college.

Margaret serves on the board of Rev. Al Sharpton’s National Action Network, Sacramento and is an active member of the education committee of the San Bernardino NAACP where she is a lifetime member. She writes a monthly column called Let’s Talk Black Education with Dr. Margaret Fortune that appears in ten Black newspapers in California, including her hometown paper, The Sacramento Observer. Fortune recently launched a podcast by the same name.

Growing up in the State Capitol, as a child Margaret worked her first political campaign for State Superintendent of Public Instruction, Wilson Riles when her father hoisted her up on his shoulders to pin a campaign sign on a telephone pole.  Dr. Fortune caught the political bug at a young age and her passion has continued ever since. Margaret is a member of the El Dorado County Democratic Central Committee, a delegate on California’s Democratic State Central Committee, is the Recording Secretary for the California Democratic Party Black Caucus and is on the board of the Sacramento Black Women’s Democratic Club.

Throughout Margaret’s 25 years of public service, she has been an education advocate for Black children. She has been an education advisor to two California governors, chaired the California Commission on Teacher Credentialing and is a trustee emeritus of the California State University. Dr. Fortune earned her Bachelor’s degree in political science from UC Berkley, a Master’s in Public Policy from the Kennedy School of Government at Harvard University, and was awarded an honorary doctorate by Cal Poly San Luis Obispo. 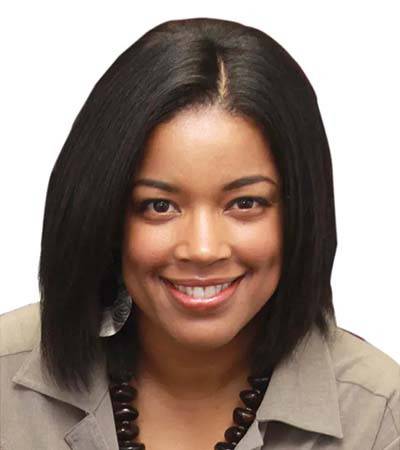 Dr. Michael Saunders’ educational background includes a Bachelor of Science from Cornell University in Nutritional Biochemistry and a Doctor of Medicine from Howard University. With a background in nutrition, Michael also worked as a Clinical Dietitian and as a Dietary Program Director.

Michael is actively involved with the Party. He is the Executive Board Representative for Assembly District 5; Vice-Chair of Membership and Education for the El Dorado County Democratic Central Committee as well as Co-Chair of Candidate Development.

Michael was elected in 2018 to the Georgetown Divide Public Utility District Board of Directors and is currently serving his second term as Board President. Michael is a Commissioner of El Dorado County LAFCO, serving as the alternate Special District commissioner. Michael is also a Board member for Region 3 of the Association of California Water Agencies (ACWA).

Dr. Saunders continues to fight and advocate for social justice. He is Co-Chair of Civil Rights Now with the El Dorado Progressives and leads the Social Justice Coalition of California. Residing in Northern California, Michael uses his free time to deal with his acreage, the chickens, burros, goat and the dogs. 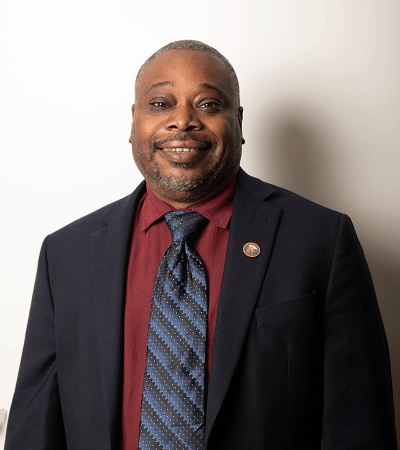